The Mathematical Decoding of the Hellenic Language
Back to: Books

Proofs for the Mathematical Construction of the Hellenic Language

In his first book (Evidence for the mathematical construction of the Hellenic language) Eleftherios Argyropoulos presents the correspondence between letters and numbers of the Greek alphabet. 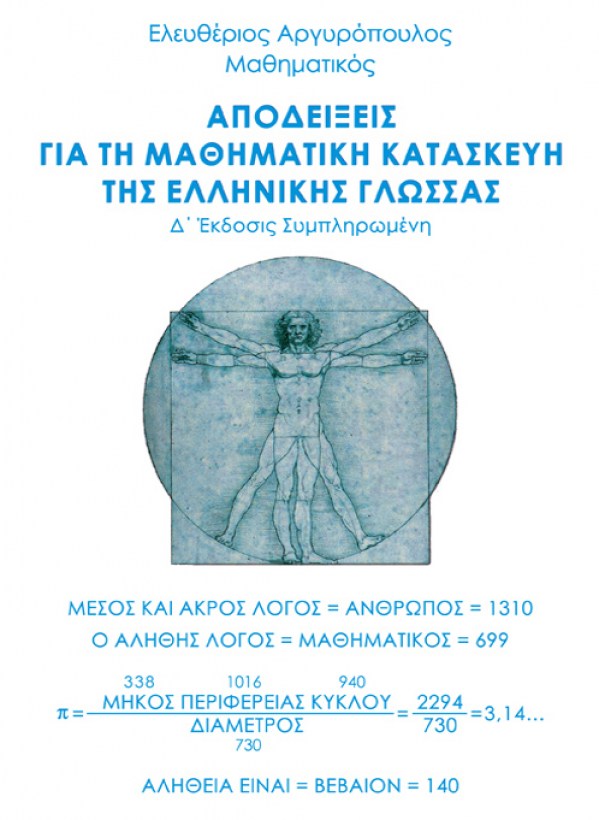 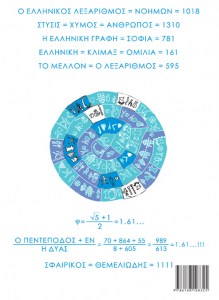 In his first book (Evidence for the mathematical construction of the Hellenic language) Eleftherios Argyropoulos presents the correspondence between letters and numbers of the Greek alphabet. He continues by showing the lexarithmic confirmation of certain theorems of physics and mathematics through lexarithmic isopsephias.

It also proves that the Greek Language knows the process of creation and the geometry of the human being through Pythagorean gematria. Eleftherios presents for the first time the lexarithmic extractions of the mathematical constants π, φ and the base of natural logarithms e. His first book was originally published in October 2000 with the generous sponsorship of Emporiki Bank, while its fourth edition (2015) is made up of 272 pages. This book was published after seventeen years of research (1983-2000). The research was focused mainly on the lexarithmic theory, the ancient Greek language, the Phaestos disk, cosmogony, the meaning of God, as well as the search for the truth. This book is a rare booklet, which presents new insights into Greek language and lexarithmic theory, and not "recycled material", as many in various books and themes present.

Some of the most important discoveries contained in this book, are the lexarithmic extraction of π = 3,141..., the golden number φ = 1,618... and the base of natural logarithms e = 2,718... . The previous three numbers are the three most important mathematical constants and are encoded in the great pyramid of Cheops in Egypt, as well as in the Parthenon. Also, this book contains lexarithmic and mathematical proofs of theorems of geometry and number theory, as well as on physics.

The conclusion is that Hellenic language is a mathematical construction knowing all the laws of universal creation, which is perceived through the lexarithmic theory.

Also, this book makes for the first time an extensive connection of Mathematics, Physics and other sciences with the Greek language, demonstrating serious theorems through lexarithmic theory and thus confirming the fact that Hellenic language is a superior mathematical construction, embodying some form of intelligence, which we call alphanumeric intelligence, or lexarithmic intelligence.