Proofs for the Mathematical Construction of the Hellenic LanguageThe Wisdom of the Synarithms
Back to: Books

The Mathematical Decoding of the Hellenic Language

In his second book "The Mathematical Decoding of the Hellenic Language", Eleftherios presents the lexarithmic extraction of all integer powers of the constants π and φ with exponents from -1 to 6. 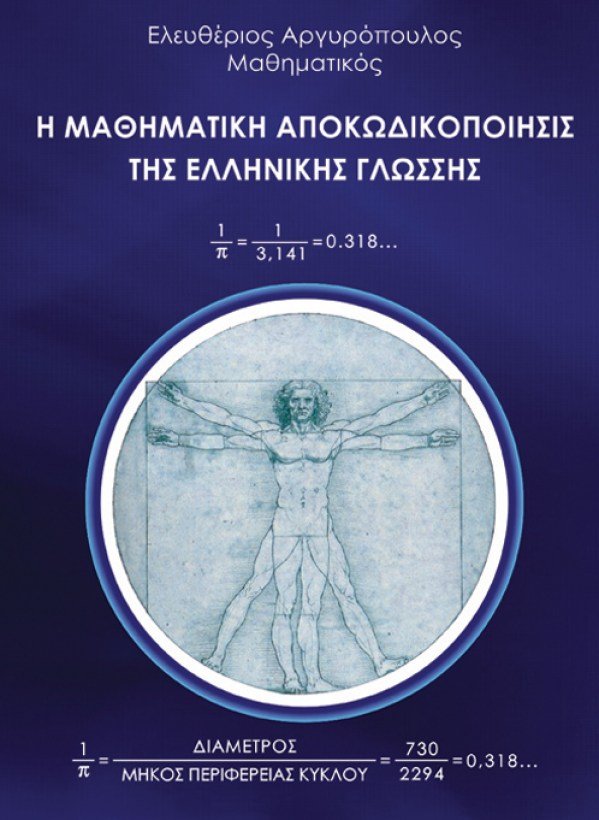 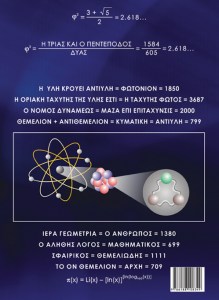 In his second book "The Mathematical Decoding of the Hellenic Language", Eleftherios presents the lexarithmic extraction of all integer powers of the constants π and φ with exponents from -1 to 6. He also quotes his theory for the ascension of Jesus Christ, that is, his material body was transformed into high energy photons (gamma photons).

This book consists of 302 pages and was originally published in December 2001 with the kind sponsorship of Emporiki Bank, while its 2nd edition, which is corrected, completed and greatly improved, was made in 2015. This book was written after surveys of 17 months in which enough new material is presented.

Within the 12 chapters of the book, lexarithmic proofs of many theories of geometry, number theory, physics, as well as a lexarithmic study on the treatment of cancer are presented. In the first chapter, the archetypal Hellenic enumeration system is studied, while in the eleventh the symbolic and lexarithmic decoding of the 27 numerals of the Divine Hellenic Alphabet is presented.

In the sixth chapter, a lexarithmic cosmological view of the universal creation and the concept of God are given. The seventh chapter, devoted to the science of Physics, we prove part of the theory of relativity and present two proofs of the quantization of time, which results in the existence of the fundamental particle of matter. Also, in the same chapter a lexarithmic study is made on the structure of matter and the name themelion is given as the foundation in the fundamental particle of matter. In the eighth chapter, the lexarithmic study and analysis of the name Jesus Christ is made and the phenomenon of ascension it is explained. The ninth chapter presents new elements for the decoding of the three mathematical constants π, φ and e from the geometrical data of the construction of the great pyramid of Cheops and the Parthenon. Chapter 10 is devoted to philosophy, where extensive lexarithmic studies are conducted to search for the truth, for democracy, justice, and even for computers. Finally, the twelfth chapter gives a new dimension to the Greek language, presenting serious lexarithmic indications for its hidden ability, namely the predictability. In the last chapter we present some lexarithmic examples by examining the possibility of the lexarithmic predictability of the Greek language.

At a time when Greek language is being attacked even by people of political leadership and threatens to degenerate, this book may result as motivation for people to see this wonderful mathematical creation in a different sight, hoping that they will stop degenerating it and adopting it as a global language.