Eleftherios Argyropoulos was born in Kalamata, Greece on 1st of April 1967. By his early high school years he showed great interest in mathematics and physics. After his high school graduation he started to research in mathematics. 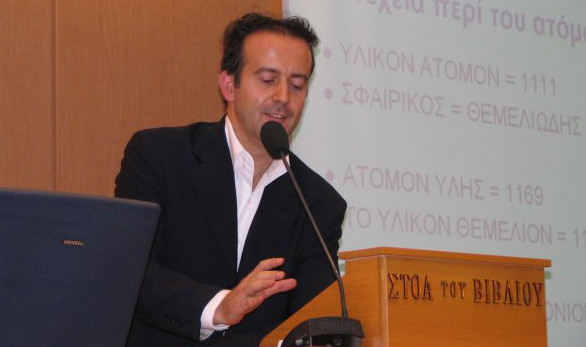 In the year 1986, when he was only 19, he designed and constructed three skateboard ramps, using analytic geometry, trigonometry and physics. From June 1996 to December 1997 he discovered 525 proofs of the Pythagorean Theorem and in the year 2002, he created three important papers in mathematics and one in physics. Eleftherios has also great interest in running and musical composition. He has run 28 Marathons and 18 Ultra Marathons. Eleftherios has completed 18 ultra marathons with longest distance run of 170km. On 11th of April of 1998 Eleftherios run the distance from Delphi to Athens in the time of 20h: 33’:14’’. He is trying to establish an annual international ultra marathon race from Delphi to Athens (170 km) with the name Apollonios Ultra marathon in an attempt to revive the Pythian games and the Apollonian ideal. He is now researching in number theory (prime numbers), linear algebra and Euclidian and Analytic Geometry. Moreover he does intensive research on the mathematical structure of the Hellenic Language preparing his third book.