Eleftherios Argyropoulos has discovered 525 different proofs of the Pythagorean Theorem over the time period 1986 - 1997. 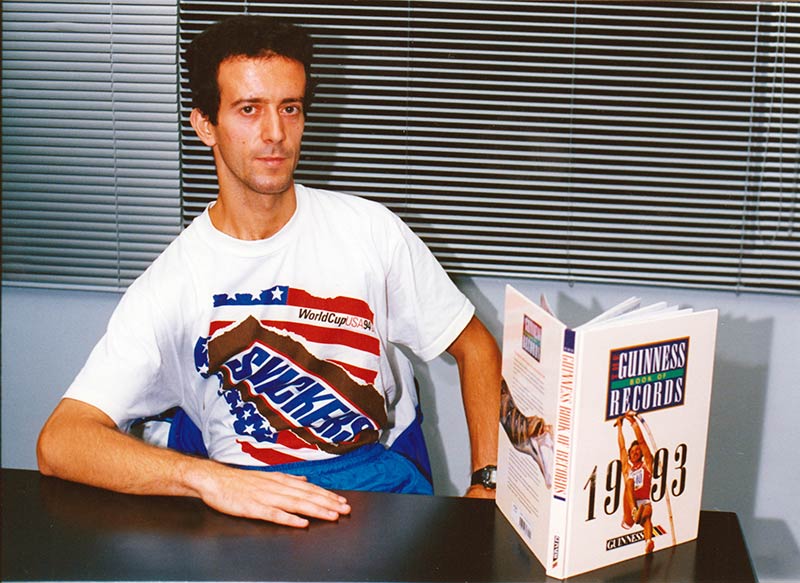 This is one of his two Guinness world records. The previous world record was 370 proofs by more than 100 mathematicians in a time period of 2500 years. Among the one hundred mathematicians are: Pythagoras, Euclid, Leonardo Da Vinci, the Indian Bhaskara and the former U.S. president Garfield.